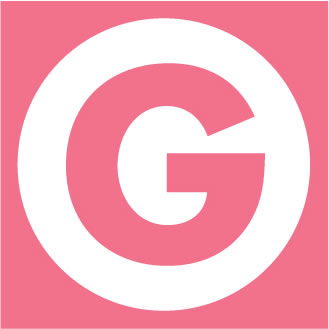 San Francisco, CA -- (April 24th, 2012): Why all the fuss about the G-spot when a clitoral orgasm is so satisfying, and the G-spot can seem so elusive? And what is a “blended orgasm” anyway? Good Vibrations, the trusted San Francisco-based company that takes pride in providing accurate information on sexuality and toys for grown-ups, asked about the G-spot in an online survey and received many insightful answers about the frequency and style with which people find and enjoy their G-spot.

How common is it?
G-spot play is a regular part of many people’s sexual repertoires, with over 50% doing it often or most of the time when they have sex. And 12% said they do it every time they have sex or masturbate, so it’s clear that there’s plenty of G-spot action going on. But that doesn’t mean that they’re headed straight for it. Almost 95% of people need at least a little warm up, with a third needing at least 15 minutes and 17% needing an orgasm first. Most education around the G-spot recommends getting turned on before focusing on the G-spot, because it engorges so it’s easier to find and it feels better, and the numbers bear that out. Stimulation of the clitoris in advance and during stimulation of the G-spot can result in a “blended orgasm,” an incredibly powerful combination of the two. “Twice as nice” or rabbit-style vibrators can create this simultaneous stimulation.

Props and Hands
When it came to toys, the two biggest factors were having a curve or a bulbous head, and firmness, so too much flexibility may reduce one’s response. Another key component of G-spot pleasure is lubrication. More than half of the respondents rated it as 7 or higher on a scale of 1-10 of importance.

Position for pleasure
Predictably, over 80% said they prefer being on their backs during G-spot play, but plenty of folks also like being on their hands and knees, and a few said that standing or being on their side worked, so give them a try. And several people said that a pillow like the Liberator Wedge helps them relax into the position.

Female ejaculation and semantics
Variation is the key, with almost 30% saying that they never ejaculate and another 30% only do so occasionally. So even though it happens for the other 40% often or always, there’s a lot of variation.

About Good Vibrations
Good Vibrations is the San Francisco-based retailer trusted for more than three decades to provide a comfortable, safe environment for finding sex-positive products and educational materials to enhance one's sex life. Good Vibrations offers its products through its retail stores and website: www.goodvibes.com.