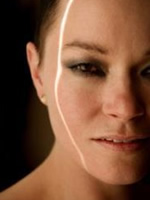 Good Vibrations celebrates Jiz Lee's sex-positive vision and hard-earned accomplishments. Here are some of their favorite sex toys and literature.