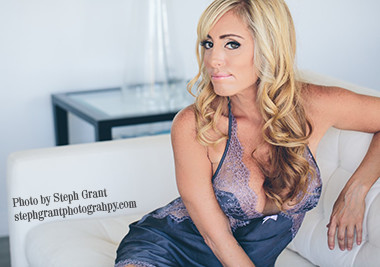 She's the girl next door...but she's been around the block! Jenny Block is the author of 2008 Lambda Literary Award Winner Open: Love, Sex, and Life in an Open Marriage, and O Wow: Discovering Your Ultimate Orgasm.

Jenny Block, is a frequent contributor to a number of high-profile publications from Huffington Post to Playboy, and she appears regularly on HuffPo Live, the HuffPo Sex and Love Podcast, and is featured in HuffPo’s first ever, free-standing multimedia project. She holds both her BA and her MA in English from Virginia Commonwealth University and taught college composition for nearly ten years.

Her work appears in and on a wide variety of publications and websites, including huffingtonpost.com, Playboy.com, Yahoo.com, AskMen.com, yourtango.com, American Way, the Dallas Morning News, the Dallas Voice, and edgedallas.com.

She is often called on as an expert on sex and women’s sexuality for Cosmopolitan.com, SheKnows.com, yourtango.com, Bustle.com, Woman’s Day Magazine, Glamour Magazine, Women’s Health Magazine, and many others.

Her essay "And Then We Were Poly" is included in Rebecca Walker’s book, One Big Happy Family," and her essay "On Being Barbie" is included in the book "It’s a Girl: Women Writers on Raising Daughters."

Jenny has appeared on a variety of television and radio programs, including Nightline, Fox and Friends, The Glenn Beck Show, The Tyra Banks Show, Good Morning Texas, Playboy Radio, The Young Turks, and BBC Radio.

Jenny has also spoken in bookstores and other venues all across the country, including The Wyly Theatre, The Texas Theater, Georgetown University, Momentum Con, Catalyst Con, and The Science Museum of Virginia.

You can visit Jenny at thejennyblock.com or read her bi-weekly sex column on FoxNews.com. Says Jenny:

"You are responsible for your own orgasm," my first boyfriend told me. So, that has forever been my mantra. It's also the reason I write about sex and tell everyone I know to visit GoodVibes.com regularly. Sex is one of life's greatest pleasures. So, why not learn everything you can and enjoy it to the fullest? Let's face it, with life as crazy as it is today, there's never been a better time to get your vibe on!"

At Good Vibrations, we couldn't agree more! Here are some recommended vibrators and more from our favorite writer on the block.