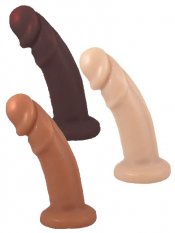 My girlfriend was horrified when I told her I was going to adopt a dog. Probably because we had just spent our entire life savings on a month long journey to Thailand, and we were now flat broke. So no, she was not exactly happy with my random dog-adopting decision. That is until I placed my laptop in front of her and clicked open the webpage to my soon to be new dog’s ad. I watched carefully as all the doubt and shock and (I assume) murderous thoughts drained out of my gf’s face and were replaced by an obvious JOY.

“She’s ours”, she whispered. She had been sucked in by our new dogs weathered face and gigantic ears too! So now we were both on the same bad idea page, and we decided we needed to instantly drive to New Jersey.

After getting lost in an Ikea parking lot, we finally pulled up to where our new dog was. The couple that had been fostering her were extremely well dressed and annoyingly perfect looking. They were standing against their Lexus SUV, and had a beautiful bag for her stuffed with toys and fancy treats. My gf and I both looked like we hadn’t done laundry in ten years, and we had paid a very nice guy off of facebook to drive us over there. It was obvious that our dog was getting the short end of the stick by being given to us. I could almost see her eyes pleading with the pretty blonde couple to not give her to us.

Tough shit dog. You’re ours. We stuffed her lanky body into the back of our new friend’s car and off we went, back to our cluttered and yet still undecorated apartment and another dog whose mouth smelled vaguely of rotten shrimp.

Her name is Helen. She is red with white specks and has sad brown eyes and droopy lips that hang a bit too far down her face. Her feet are massive and her ribs poke out no matter how much food I feed her. She is perfect. I mean, at first all she did was urinate huge puddles of piss all over the house. But she did it with grace. We also realized that she’s a huge bone hoarder, and refuses to let other dogs have any treats. She digs pretend holes in the cracks of our couch and shoves random rawhide as far down in the cushions as she can.

So we’ve really fallen for her. And she seemed to be getting almost perfectly well-mannered until the other night. The night I woke up to my girlfriend shouting at Helen to “Stop that right now!” I took a second to open my almost glued together eyelids, and then sat up to see what was happening. That’s when shit got weird. Helen was standing on the edge of the bed with my strap-on dangling precariously from her mouth. I almost thought I was dreaming. I couldn’t believe it. The image of seeing my dog with my dick in her mouth and her ears flopping about was so bizarre that I started cracking up. Then I noticed she was starting to bite down on it. I pressed pause on the hilarity of it all and snatched it away from her. I shoved it underneath a bunch of clothes in an old trunk by our bed, and shut the lid.

I fell back to sleep, innocent to the horrors happening all around me. When I awoke the next morning I found sad little silicone pieces of my cock spread out like a dead-dick-picnic all over my bed and floor around it. She had somehow opened the trunk, dug out my detachable friend and completely destroyed it. What was weird was that she’s never destroyed anything before that night. I was beyond furious. The charms of her goofy walk and cute hound dog bark were nowhere to be found while I was standing in a pile of gnawed on cock.

That’s my DICK. Whether or not it’s attached to my body, it feels disturbing to have it laying in crumbles around my feet. An elderly mutt chewed up and spit out my pride and joy, and now I’m left floating around a shitty fucking creek without a paddle or my dick. The sick thing is that my old harness broke after a decade just a few months ago. It was a sex-equipment massacre, and it all began right after I moved to NY. You may be thinking that this city has nothing to do with it, and that maybe it’s just bad luck, or the fact that I’ve had my gear for longer than all of my relationships have lasted. But I stand by my accusation. New York provides me with delicious ice cream, foldable cheese pizza, a hot as fuck girlfriend, but it also doesn’t want me to get laid.

The moment I came out as a big mo-fo-ho I knew I had to get tank tops, a rainbow-colored tongue ring and a dick. Left to my own devices, I wandered about Good Vibrations like a lost child until I finally purchased their cheapest, swirliest cock. Even their clerk attempted to get me to look at other models, but I insisted that there was no way in hell I was shelling out a hundred bucks for a dildo. At that age I assumed I would mostly be spending my intimate times just gently scissoring to that glass vase cello case song.

It was an almost neon green, tiny as hell (did I accidentally get a butt plug?), and was made of some sort of jelly. The gelatin dick was a mere 25 bucks, and I figured they were all the same anyway.

I told the first girl I ever fucked with it that I had been strapping it on for years. I was embarrassed that I had zilch experience, and thought it would hurt my chances of getting my very first real girlfriend if anyone knew. So my ultra-virgin, strap-wielding ass humped awkwardly away, pulling out about a half a centimeter, and then as fast and bunny fuck-like as I could muster, back in again. They must have known something weird was up, because anyone that has ever even thought of sex before would know that I had no idea what I was doing. Our courtship lasted about two weeks before she very smartly moved on to bigger and better prospects.

“I don’t want that thing inside me” She informed me, not so delicately.

“It’s too small. It’s too hard. The color hurts my eyes, and it smells like paint thinner.”

Humiliated, I fudged the truth slightly and told her my real one was in some mysterious storage facility. I confided to two of my good friends Maggie and Nettie (known back then as the titty sisters) about my lack of a good dick, and they both got excited and told me they would love to buy me my first real cock.

They assured me that they were strap-on experts, and that they would get me my perfect dick. A few days later it was my birthday, so I met up with them at a local café and we went off on our sex toy adventure.

Since it was my pals that were paying, I decided right then and there that money was no object for me. I quickly reached for the biggest dick Good Vibes had on display, only to get it slapped away by Nettie.

So I went for a thinner, shorter version.

“Nobody wants to get fucked by a pencil, it’s depressing” Maggie informed me, and slapped my other hand away.

And then we saw it.

It’s been my favorite sidekick for a decade. Literally, all I need in life is an ancient and ill-mannered dog at my side, a sensibly solid colored t-shirt on my back, and my dick. I’ve never fucked a single person who didn’t love the feel of the Maverick. And while it feels like a dream, it’s also tough as hell. My poor penis pal had been through dozens of toothy blowjobs and had been battered about so much one would think I was into some serious CBT action. Not only had it been heavily abused, but during my wild-boy drinking years, it also lived almost exclusively on the bottom of my FILTHY backpack, laying in the dark amongst old candy wrappers and sweaty gym clothes and cheap beers about to be snuck into bars.

When my dick and I first met, plain old silicone was the nicest material you could get for a dick, so that was what I got. It wasn’t until years later, when I started doing porn, did I realize it was time to upgrade to a Vixskin®. Vixskin® has a much more realistic, softer feel to it while still keeping the same rigidity due to the inner layer of silicone. Good Vibrations sent me my first one right after my first flick came out. And when I called them frantically after my dog ate mine, they decided to mail me a present.

When a brown package from their warehouse arrived in the mail, I knew exactly what it was. I snatched it from the mailman, pretty much two-stepped back down the hallway and into my apartment. I tore open the packaging and dug through all of the popcorn balls to pull out my beautiful new dick. Looking at it through the plastic sealing, I felt a huge burden lift from my chest. I was no longer meandering about the streets with nothing but my fists to offer up. I set it on the table and left the room to call my gf and tell her the good news, when I heard a noise behind me.

My old ass dog had literally climbed onto the couch and then hopped onto the dinner table and was standing above my dick with her ridiculously long ears flapping around her head. She was staring intently at my piece and about two seconds away from taking a bite. If I had a secret death ray in my eyes, she would be gone and I would be simultaneously sad about it whilst saving money on dog food.

I flew over to the table, yanked my cock away from her line of sight and flung curse words at her while trying to calm myself out of an early heart attack. Then I got the bright idea of perhaps keeping it stored away from her reach. I stared at her with my dick pressed against my chest with both arms crossed for protection. Ignoring my panicked look and the screams I had just thrown towards her ears, she casually jumped off the table and trotted back to her throne. Her ‘throne’ resembled too closely what used to be called a very expensive couch.

I guess the moral of the story is to try out the Maverick, and to very seriously consider getting an indifferent cat instead of a dog.

Huge shout out of thanks to Jackie Strano and goodvibes.com for listening to me sob furiously and then cloning my best friend and sending it to me!!