In 2012, the title was pulled outta the mothballs by Iron Circus Comics (AKA me, Spike, alone in a room), but in the format of a square-bound, standard-sized, black-and-white book. This upgrade contained over 350 PAGES of ladycentric dirty comics, and it hit Kickstarter like a ton of bricks, earning over $80,000! Smut Peddler 2012 went on to win the Stumptown Comic Arts Award for Best Anthology of 2013, and become ICC's best-selling book of all time. And now, Smut Peddler is back with more, better than ever. 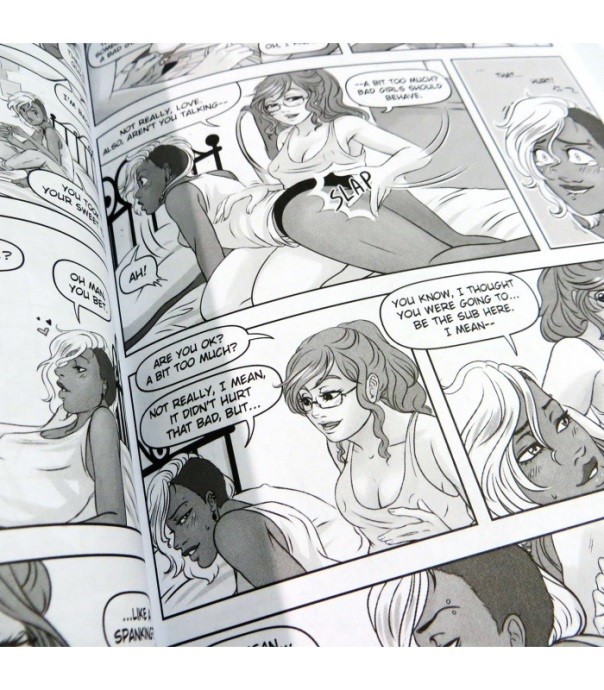