Educator Andy: Carol I’m so honored to do this interview, both as your Education Department colleague and as your friend.

Carol Queen: Awww, thanks, A! 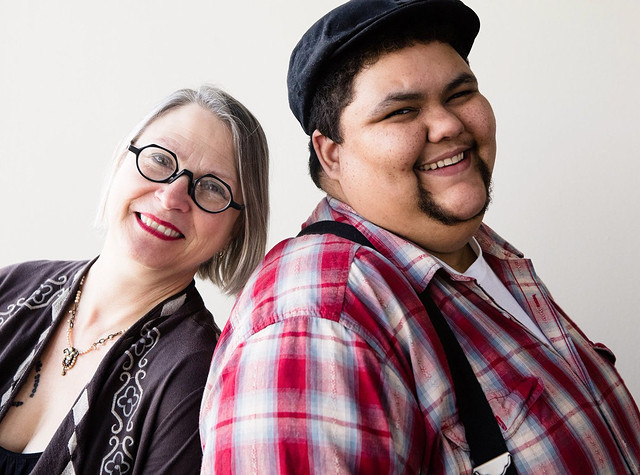 Carol makes a grilled “cheese” sandwich and talks to her cat while conducting the interview.

EA: Carol, I just realized that you’ve been at Good Vibrations twice as long as me! You 30 years, and myself 15!

CQ: This just proves that time flies when you’re having fun, huh? And when you’re doing something meaningful with your life!

EA: Ok ok, let’s start with the interview questions. So Carol…what are some of your most memorable moments working at Good Vibrations?

CQ: So many! 30 years is a long time so I have to break it down over stages of my employment. 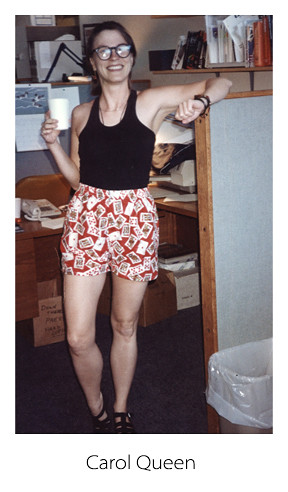 🤔 Transforming Good Vibes into a co-op and becoming an owner.

🤔 And the time I had to explain to some anti-porn feminists who were angry about Olivia de Berardinis pin-up cards that these images were drawn by a woman. <gasp!>

🤔 And the time I had to stop this couple who were basically doing an SM scene in the store (she was the top) and honestly being quite boundary-free! Yikes! 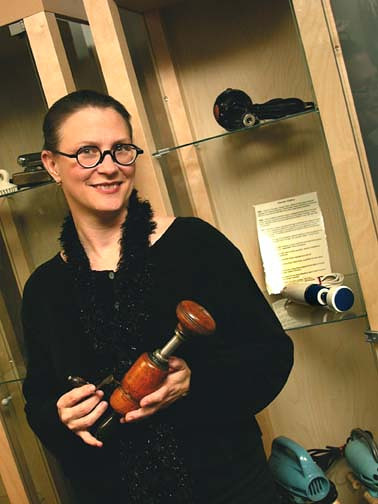 As spokesperson and content-developer for the company:

🤔 On the set with the crew, shooting movies I’d scripted (it’s really a challenge when you make a movie about “female” ejaculation and the ejaculator is too camera-shy to ejaculate…! Or TBH maybe she hadn’t been drinking enough water). 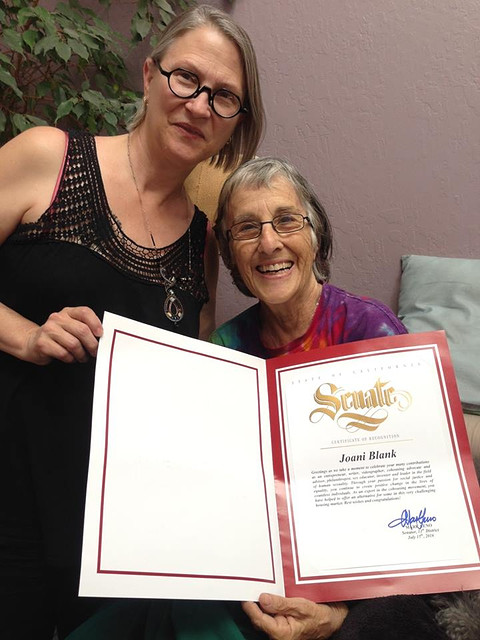 As a co-op member/co-owner of GV:

🤔 That time we decided “store clerks” was an insufficient title for what we did, and came up with SESA: sex educator/sales associate.

🤔 Being part of the team that began interviewing men to work at the company.

EA: Oh man, those co-op meetings! How could I forget?!

CQ: Yeah, you were there for some of those long ones for sure! I wonder how many hours of our lives were spent in those meetings!

EA: If you could go back and tell your ‘SESA self’ something 30 years ago, what would it be?

CQ: “This job is a keeper!” LOL. But really, thinking “After a while you’ll be here longer than anyone ever has” seemed impossible back then. 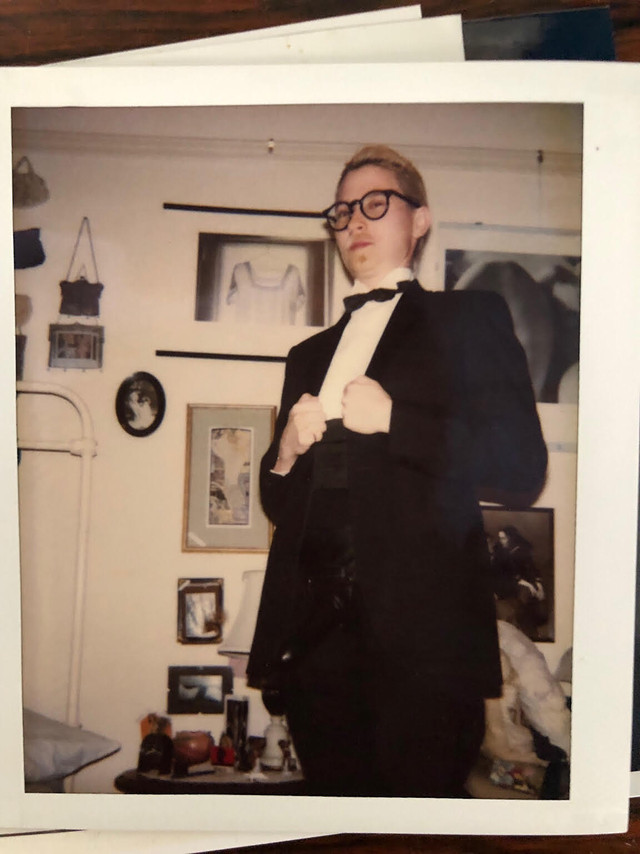 Carol started at Good Vibrations working just one shift a week. “We were just one location at the time so I didn’t know what roles were left for me to fill.” Carol describes working next to some of the early sex education greats, and how she’d eventually grow into her own Queendom.

CQ: Also, “You WILL eventually get your doctorate in sexology.” I kept dropping out because I ran out of tuition money and/or got distracted–for a while I really wasn’t sure I would ever finish.

EA: Man, that’s something I can relate to as I often wonder if I want to go back to school. I’m sure it’s something a lot of our SESAs wonder too, so hearing this is validating.

EA: How are things different from the beginning of your time at GV?

CQ: I loved helping out with the art shows (I was in charge of them for a few years), and really liked it when we used what wall space we could as gallery space. (I’m not sure I miss climbing a ladder and hanging stuff high above the shelves…)

It’s pretty hard to remember this because we have so many “sibling stores” and friendly competitors now, but there was a pretty long stretch (over 15 years) when we were one of the only two women-owned and -focused sex shops in the US. Now there are a number of stores, and online sites, that do their own spin on this idea (or the 21st century version that is super-gender-inclusive–and of course we have moved in that direction too!). But except for Eve’s Garden in NYC, we were it for quite some time!

Our stores are so beautiful now, shout-out to Sharon Lee (chandeliers! Damn!)–but when I got to Good Vibes’ ONE store (then on 23rd and Valencia, five years before the East Bay store opened in Berkeley), it looked more like a homey feminist living room. We had a big massager lounge chair that people would come chill out in, and the lubes and massage oils were on the mantel of a faux fireplace. 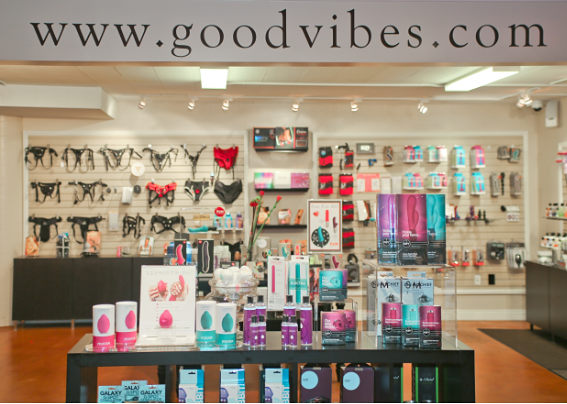 EA: The Berkeley store was where I got my start and I remember some of those same furnishings and feel too lol.

EA: There’s been a lot of growth in the company since then–was that something you all hoped for?

CQ: We always wanted to grow the brand. There was a day-long meeting one time when we researched and discussed franchising! We each knew the power of walking into a Good Vibrations store and the way it impacted each customer. But it wasn’t until meeting Joel that I fully learned just what Good Vibrations meant to the whole adult industry.

Carol’s referring to Joel Kaminsky, who stepped in as company owner in 2007, and has helped the company and employees to grow to newer heights.

EA: Even during my time in the co-op in the early 2000’s, I can remember us wanting to expand! Like, “how can we get this information and sex positivity in every town?” As sex educators we wanted to spread the word, and we knew that also meant sharing the experience of being in such a sex positive space. 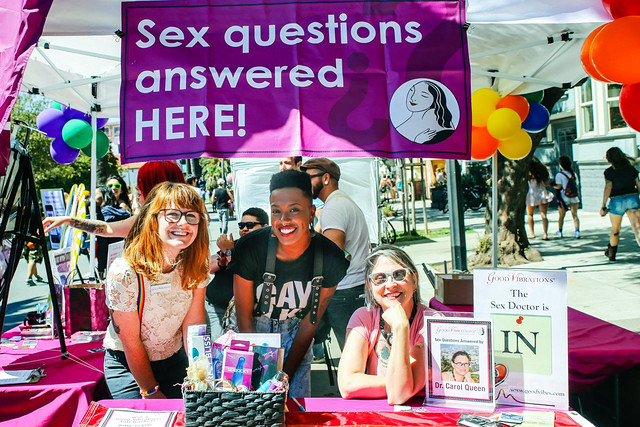 EA: How are things the same?

CQ: The mission! Quality products, good sex information, and SESAs trained to speak to just about anyone about just about anything.

And while it’s a completely new generation of people who apply for jobs at the company now, it’s still people who believe GV plays an important role in helping people, and in making more space for sexuality, relationship configuration, and gender issues. It’s honestly amazing that waves of us have been drawn to this place for over 43 years!

One of the most extraordinary things about being at GV for 30 years is that I’ve truly watched the sex-positive community emerge around us. Good Vibrations is such an important institution in that regard, and it’s so important that we were created in 70s San Francisco–those roots have affected our mission and way of understanding sexual diversity so much, even if trying to embrace it all was not really Joani’s core task when she formed GV. Even though we were started in a context that really emphasized a particular kind of gendered culture (“by and for women”–which morphed to “especially but not exclusively for women”), we and our customer base lived in a place with an out-in-the-open sexual diversity that was baked in to SF in the 1970s. And it, as well as the emerging sex-positive feminist movement in the 1980s, really set the stage for us to be part of the way sex-positivity would develop and be understood.

The other thing that I am SOOO grateful for is the way Good Vibrations, from the get-go, made space for me to also do things that were not strictly on behalf of GV, but hopefully always on a supportive parallel track–writing, speaking, teaching gigs, the Center for Sex & Culture. In my mind the two tracks have always been related, part of my work in the world. I remember a conversation in about 1991 with Cathy Winks , who was then the store manager and to some extent Joani’s right-hand woman, about how I could balance all that and have it be both/and.

My best idea that never happened: A conversation between Susie Bright and Jo Bob Briggs, with film clips chosen by them. That would have been a show for the ages! 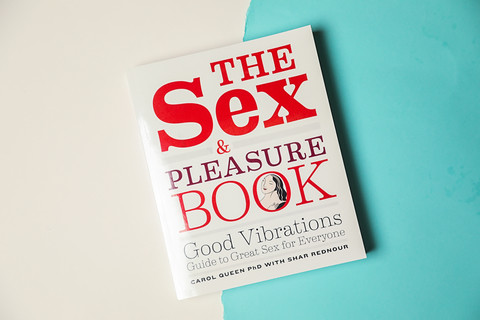 EA: C-Dawg, did you know you’ve been published in over 100 books?

CQ: WHAT no! I think I stopped counting! And I honestly don’t even know if my website is up to date. Most of my newer book appearances, unlike the anthologies I used to contribute to, are actually forewords or intros to other people’s books. And I love this pivot in many ways, because it feels like I can help make a bridge between the days when I was discovering how important sex-positive culture was to me, and those (mostly) younger writers who are making their contributions now. There are definitely differences between the times, but I feel that I can bring some context and history that’s useful and I value being able to do that. 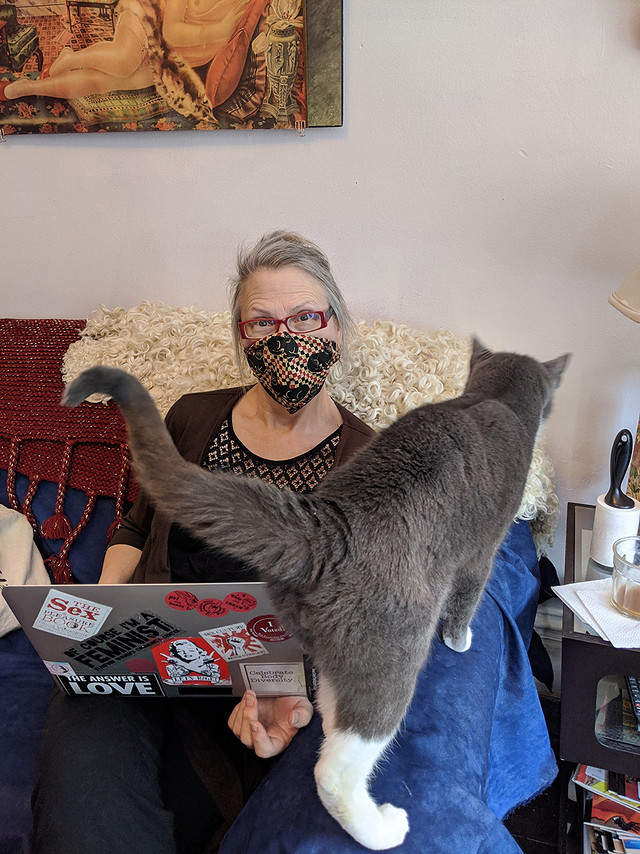 EA: How has COVID/shelter in place changed your work?

CQ: The biggest change, honestly, is the way it shut down travel–I had to miss planned-for events in Boston and Miami this spring, and of course any other possibilities dried up with the pandemic’s effects. And on top of that, the way it’s dragged me kicking and screaming into the 21st century to learn Zoom and pivoting to online teaching and performing. Some of these attempts have been more successful than others–I was Zoom-bombed while having a super-important conversation about sex and depression with JoEllen Notte!–but I am just so thankful that these platforms are there to pivot to. I also thought at the beginning of the shutdown that I’d be able to finally get going on my memoir, but that hasn’t happened–at least not yet. 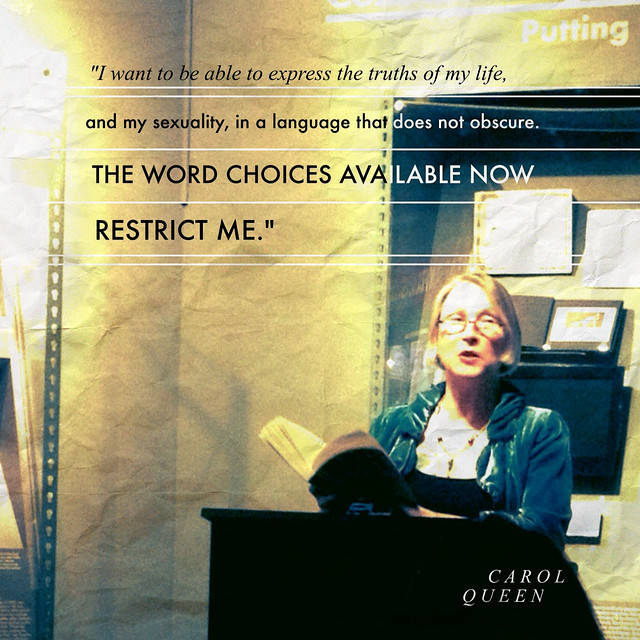 EA: Last question–and I know you get it a lot–but if you could tell folks one thing about sex positivity, or sex education, what would it be?

CQ: ONLY one thing? That’s tough, there are so many things to say about these topics. I think I’d pick this: I’d want to remind people that almost no one got truly good and useful sex education, and that that limitation can affect us throughout our lives, if we don’t take steps to get the information we need. It does so in two ways (at least)… It leaves big gaps in the information we have that ought to help us make sense of what we want and how to communicate about it. And it means that those gaps will be filled with pop-culture “information,” from porn to rom-coms, that influence our ideas about sex, what’s “normal,” and on and on. It hurts our ability to understand and accept people who are different from us, but it even helps prevent us from truly learning about ourselves. So everyone really needs to embrace information from good sources—throughout their lives! And that’s one place that Good Vibrations plays a role—and that you and I do, Andy, because the heart of both our jobs is getting the info out there. It’s so great to be able to work with you!

Thanks Carol, and Happy 30th Anniversary!

Carol is a noted essayist whose work has appeared everywhere. She’s written four books: the essay collection Real Live Nude Girl, The Leather Daddy and the Femme, Exhibitionism for the Shy, and The Sex & Pleasure Book: Good Vibrations Guide to Great Sex for Everyone. A prolific writer and contributor, her contributions can be found in several volumes of Best American Erotica as well as in many books she’s edited or co-edited: Best Bisexual Erotica, Sex Spoken Here, Switch Hitters, PoMoSexuals, and more.

Beyond the written word, Carol has addressed numerous scholarly and professional conferences, from the Society for the Scientific Study of Sexuality, to the Oxford Union at Oxford University, England. Dr. Queen continues to be one of the most interviewed sex educators and appears frequently on television programs.

Carol Queen is active on behalf of progressive sex education and sexual diversity issues. Outside of her role at Good Vibrations she is perhaps most closely affiliated with the bisexual and sex work communities, but she has been speaking publicly about non-mainstream sexualities, from lesbian to leather, for over 45 years. Her perspective in addressing sexual diversity incorporates personal experience, accurate sex information, and informed cultural commentary. For more information (including CV and bibliography) see her website: carolqueen.com. 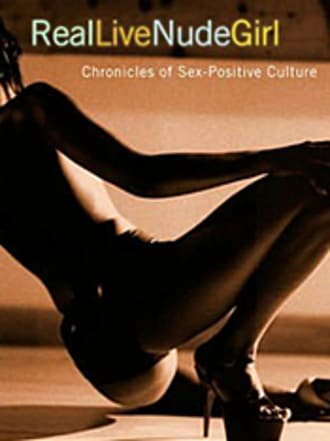 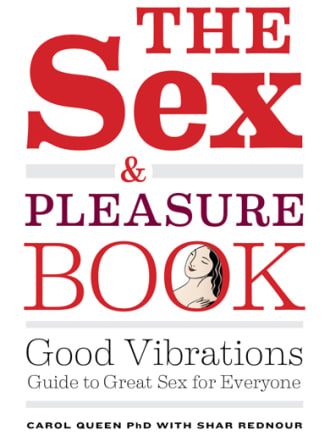 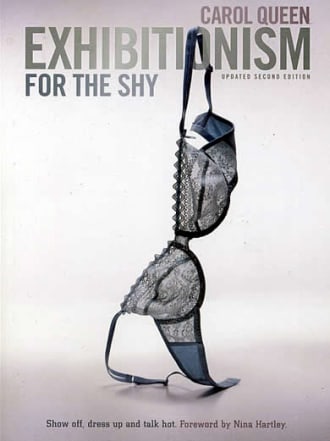 Exhibitionism For The Shy 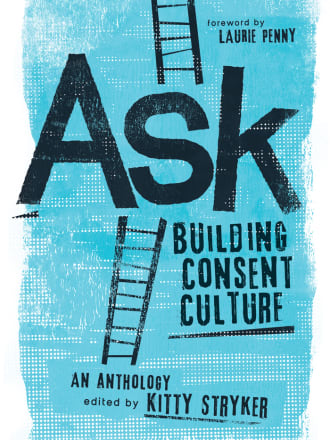